EFFECT: Pretty much every Brownie Scout strain review mentions that the experience left them sleepy, relaxed, and utterly euphoric. It serves up a full-body high that’s all-out sedating, so it works out great for people who are in pain or need to get some much-needed sleep. 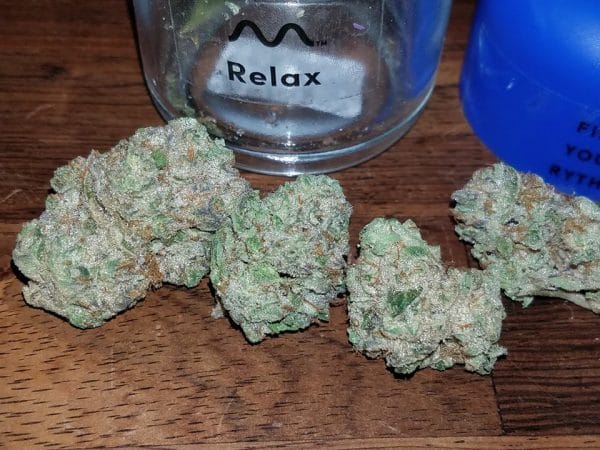 Mysterious origins, record-breaking potency, and tastes like, well, chocolate. Of course, we are talking about the notorious Brownie Scout strain, which is a strain name that has passed along the lips of some of the biggest names in cannabis.

Fact is, Brownie Scout is one awe-inspiring cultivar that leaves even the well-experienced cannabis user starstruck with just one use. This strain is assuredly not for the novice user but has a place in the life of many just the same. Take a look at the details behind this strain below.

Shop in Holyoke Shop in Lee

Getting To Know Brownie Scout

Brownie Scout’s genetics are a little mysterious. What we do know is, this strain is a cross between Platinum Girl Scout Cookies and another strain that has been held under wraps by the breeder: Green Thumb Industries (GTI) based in Illinois. There are rumors, however, that the mystery parent may be something like Kosher Kush, which would make sense thanks to its appearance: fluffy composition, bright orange hairs, and thick, super-thick trichome coverage.

Either way, what you get with the Brownie Scout strain is an Indica-leaning hybrid with one of the most profound THC concentrations out there. In fact, one cultivar with the Brownie Scouts name actually caught the media’s attention because it had a record-breaking THC content—37.5 percent. Keep in mind, however, there can be slight variations in cannabinoid and terpene profiles depending on the grower.

Brownie Scout is heavily laced with limonene, caryophyllene, and beta-myrcene. So, even before you light up, the flower has this telltale smell of skunk soaked in mud, but with a kick of spice and fruity sweetness.

The taste of Brownie Scouts follows a similar path, but you get this intense layer of creamy sweetness that comes across like mocha or chocolate with a dash of peppery spice at the back of the hit. The mix of flavors here is nothing short of impressive, which is one reason why so many seek out this unique strain beyond the potency.

We’ve said it before, but it bears repeating: Brownie Scouts is for well-versed cannabis users. Seriously, this is no strain for newcomers thanks to the incredible potency, so this is the best choice for people who are well aware of their THC tolerance.

Pretty much every Brownie Scout strain review mentions that the experience left them sleepy, relaxed, and utterly euphoric. It serves up a full-body high that’s all-out sedating, so it works out great for people who are in pain or need to get some much-needed sleep.

Get Brownie Scout and Other Prime Favorites at Canna Provisions