Hybrid Strain from The Botanist

EFFECT: Thanks to its Gelato lineage, Vanilla Frosting is really good at serving up this balanced high that is not too overwhelming and just right to set your psyche off on a mild trip. Users that have offered a Vanilla Frosting strain review claim that this one is great if you want to remain conversational and awake while immersed in a euphoric, giddy state. 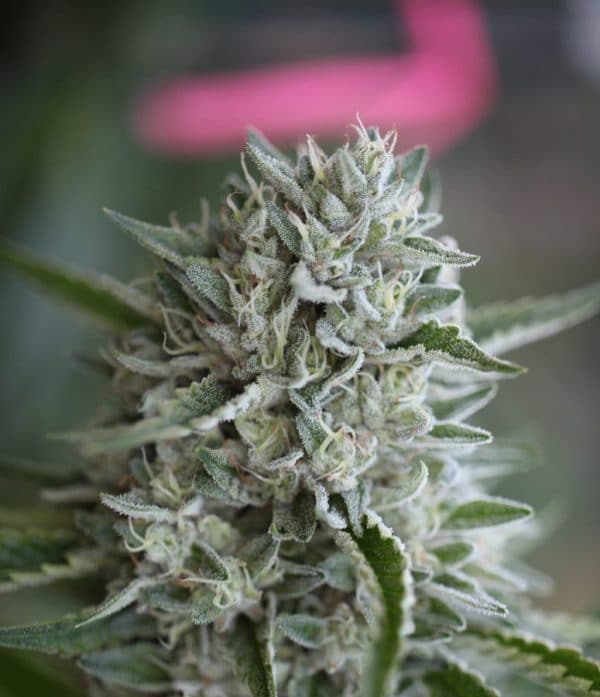 With a sweet name that falls right in line with a creamy sweet flavor, the Vanilla Frosting strain is not one you can forget. After one meetup with this strain, another mention can be enough to signal salivation—it really is that good. Beyond that trademark sweetness, however, Vanilla Frosting is a home run because of its just as sweet effects and relatively noteworthy potency. Get to know a bit more about the Vanilla Frosting weed strain below.

Shop in Holyoke Shop in Lee

Getting To Know Vanilla Frosting

Vanilla Frosting is the lovechild that occurred by crossing Humboldt Frost and Humboldt Gelato BX3, both of which originated from the Humboldt Seed Company. This particular strain came about in an effort to make some of the Gelato strains even more desirable and potent, and Vanilla Frosting no doubt did just that. The end result is a well-balanced hybrid with a nice 20 to 23 percent THC level and a flavor that’s more than impressive.

This strain is highly regarded for the way it grows and the appearance of the flower nuggets it produces. Vanilla Frosting nugs are truly dense, packed with gorgeous lime-to-silver green flowers, and highlighted with hints of purple. Of course, every growth can result in slight variances where cannabinoid and terpene profiles are concerned, as well as the exact appearance of the buds.

The most noteworthy terpenes in Vanilla Frosting include a nice lineup of myrcene, terpinolene, and beta-caryophyllene. Vanilla Frosting can offer a really citrus flavor, but that also depends on the specific cultivar and who grows it. However, the most noteworthy flavor of the strain is, true to the name, something akin to creamy, sweet vanilla. You usually get that hit of citrus on the inhale, with that trademark sweetness on the way out across the tongue. The smell, by contrast, is slightly gassy and pungent with a hint of florals. Don’t be surprised if you also catch a hint of spice.

Thanks to its Gelato lineage, Vanilla Frosting is really good at serving up this balanced high that is not too overwhelming and just right to set your psyche off on a mild trip. Users that have offered a Vanilla Frosting strain review claim that this one is great if you want to remain conversational and awake while immersed in a euphoric, giddy state. You can expect impressive all-over body relaxation and an initial kick of happy energy that soon settles into a state of calming bliss.

Find Your Way to a Sweet Experience at Canna Provisions

Need a little sweetness in your life? The Vanilla Frosting strain may be just the one you’ve been looking for. It really is no wonder this strain made it into Chem Dog’s Smash Hits Collection. By the way, you can find Vanilla Frosting and the rest of the Smash Hits right here at Canna Provisions on our dispensary menus.