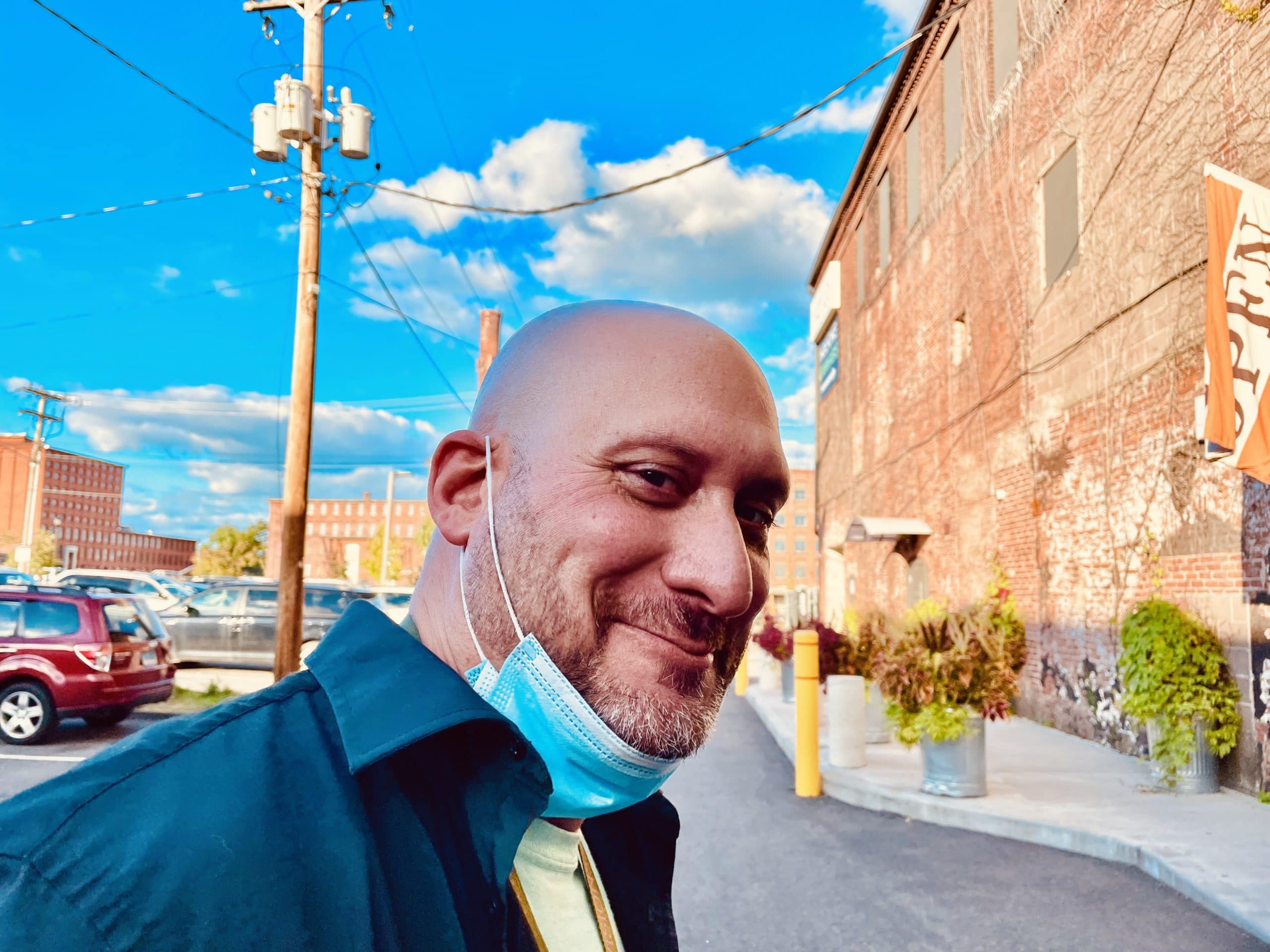 When Joe Welch looks back on his life, few – especially himself – would have guessed it would involve the shift into a thriving cannabis career.

It was also a long shot that this former main security honcho for the New York State court system (imagine the bald and bawdy “Bull” from the 1980s sitcom classic, Night Court) and current Director of Security at Canna Provisions would find himself with bookended stories some 20 years apart, involving personally seeing things in the sky that are less of the “oh hey look at that dot way up there”, and more “WHAAAAAAAAAAAAAAAAAAAAA AHHHHHHHH!!”

Sorry, let’s hear it from Joe, he tells it better:

As a kid in my twenties, I worked at a southern Vermont college basketball camp. In the early 2000s I was working a night camp, and after the evening session we were walking back to the dorms. It was dark, and I was following another group ahead while behind them walking slower with a kid that needed it, across the parking lot, heading to the dorms.

It was around 8pm at night, and everyone ahead of us had already made it inside. All that was outside was me and this kid, in the dark Vermont campus and a black sky over a giant field. The kid noticed an orb, zigzagging up and down. He was frozen. I looked up and saw something that I couldn’t comprehend yet but just sort of instinctively tried to be a calming figure as he was already weirded out.

“Whoa, cool kid, but don’t worry it’s nothing, probably a satellite or….” but then as I put my head down to take another step forward, the kid just started screaming and yelling and absolutely, positively losing his mind.

This fucking thing over my college campus, the size of the football field, it seemingly could cover the campus. I know how this sounds. This kid was screaming, and I was screaming, and suddenly all this stuff was going through my head.

I don’t know now and didn’t then if it was the shock of what I was seeing that was causing me to have a breakdown, or if there was some kind of tapping into my subconscious, or something. But I could hear a voice in my head. Unintelligible, but not mine, and like hearing a phantom echo undeniably from a voice.

I could have hit it with a BB gun it was passing so low. I was underneath with this kid still, who was also still flipping out, and then we were under a black hole in the underside of the ship. It looked like a black hole, because around it was a set of red lights pulsing in a circle. The pulsing was audible, I could hear it, and I was under it. Just stood there and screamed with a kid after basketball camp at night on a Vermont campus in clear July.

Nobody could hear us. At the time it was summer so not a busy campus, but there were plenty of children and athletes/trainers on campus. No one could hear us. I know what you’re thinking and I feel silly when I even talk about it. But yup, this happened.

This thing hummed over our heads for a few seconds, sort of slid in the sky as if just gliding on an axis of magnets. As it left and I saw some more lights behind it and it suddenly cloaked or became reflective or invisible, it was gone. Then, the sound was back. Everyone came running out of the building and I at that point was still screaming for people, so now they came out to find me and this kid after basketball practice, screaming and out of our heads, apparently insane.

I ran to the payphone at the gym and called my parents. They said I should go to a psychiatrist. This all actually happened.

STAY TUNED FOR PART II: JOE HAS A NEW EXPERIENCE 20 years later AS HE ENTERS LIFE IN CANNABIS AND THE BERKSHIRES… 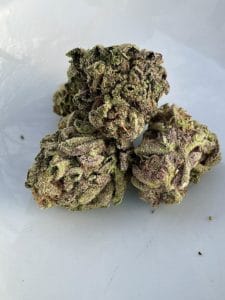 Named in part for one of Canna Provisions staffers’ long history with close encounters with UFOs (feel free to ask him about it if you meet him), with this strain in his (or your) pocket those skywatching sessions for intelligent life elsewhere just got a whole lot better with Smash Hits, exclusive to Canna Provisions in Massachusetts. The uber-berry and citrus notes from the Grandaddy Purp and Melanade parent strain genetics, which along with the Gelato cross presents a creamy sweetness to the entire body-relaxing flower, the dense buds of this top shelf stunner break apart for a floral tsunami. In short: expect a custom cross that can bring you to the outer realms of innerspace, even if that innerspace is the place where munchies are born.

CHECK FOR AVAILABILITY ON OUR MENUS FOR LEE AND HOLYOKE HERE 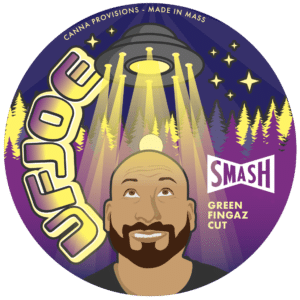 “My first thought opening up this eighth package was “wow!” The smell was amazing, very berry and sweet, the 3.5 grams looked more like 4.5-5 grams – the buds were still pretty dense for having a few different nugs in there. Grinding it up showed a lot of the purple tones to the plant, which is what I love to see. The high was great! Onset was not very speedy, at first I was like “damn you UFJOE!” But then about 10-15 minutes later I was laughing way too much at a game show that probably isn’t even that funny. My mind was pretty clear and my body was the most relaxed I’ve been in a long time. Wasn’t relaxed to the point of couchlock, I was still finding myself in the kitchen looking for some snacks.” – Rhiannon B.

Want more education on strains, effects, and cannabis information? check these out!

CLICK HERE to sign up for our Canna Fam email blast TODAY. It’s the only place you will get announcements of availability for SMASH HITS cannabis, exclusively available at Canna Provisions stores!

WANT TO LEARN ABOUT MARIJUANA CULTIVATORS WE CARRY FOR PURCHASE?

FIVE STRAINS FROM THE BOTANIST

FIVE STRAINS FROM THE HEIRLOOM COLLECTIVE

GO BEYOND THE STRAIN!

Check out our online menus at our LEE STORE AND OUR HOLYOKE store for the marijuana flower, prerolls, edibles, topicals, concentrates, and other goodies!

Canna Provisions is a recreational cannabis dispensary in the Berkshires as well as a recreational cannabis dispensary in the Pioneer Valley focusing on a unique and thoughtful customer experience. We are here to guide you and towards the right provisions to fit your lifestyle, and provide knowledgeable support every step of the way. Founded by established industry pioneers with extensive cultivation, regulation and consumer sales experience, Canna Provisions stores provide a broad range of top-grade craft cannabis products that are locally sourced and thoughtfully produced. Life is a journey. No matter the path, trust Canna Provisions to better your journey. To learn more, visit CannaProvisionsGroup.com. Join us on Facebook, Instagram and Twitter.

Please Consume Responsibly.  This product may cause impairment and may be habit forming. For use only by adults 21 years of age or older. Keep out of the reach of children.

This product has not been analyzed or approved by the Food and Drug Administration (FDA). This is limited information on the side effects of using this product, and there may be associated health risks. Marijuana used during pregnancy and breast-feeding may pose potential harms. It is against the law to drive or operate machinery when under the influence of this product.  KEEP THIS PRODUCT AWAY FROM CHILDREN. There may be health risks associated with consumption of this product. Marijuana can impair concentration, coordination, and judgement. The effects of Edibles may be delayed by two hours or more. In case of accidental ingestion, contact poison control hotline 1-800-222-1222 or 9-1-1. This product may be illegal outside of MA. 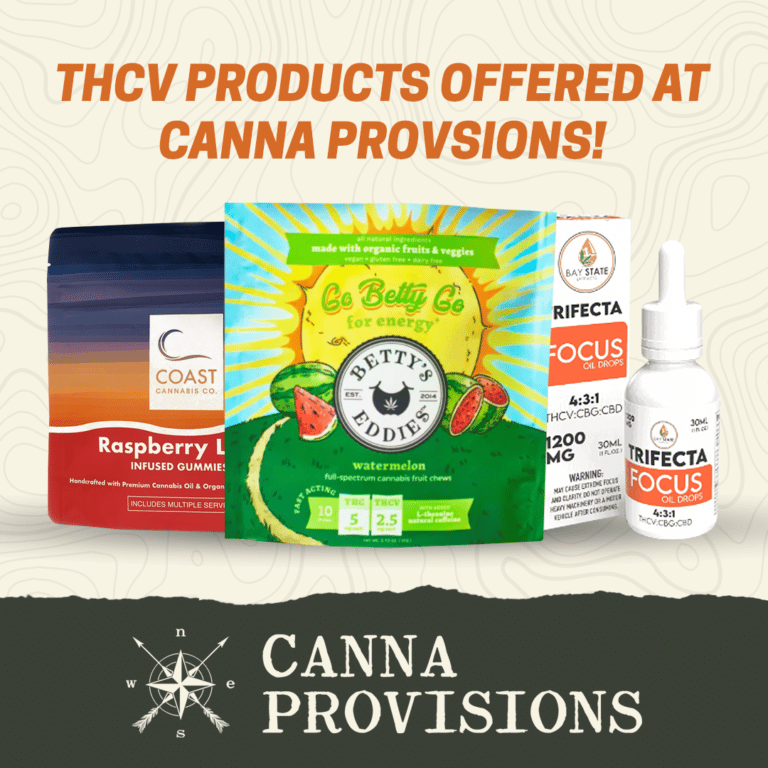 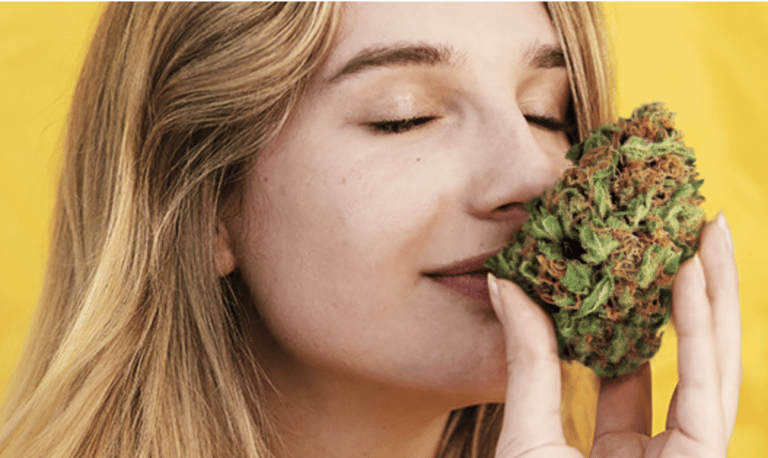 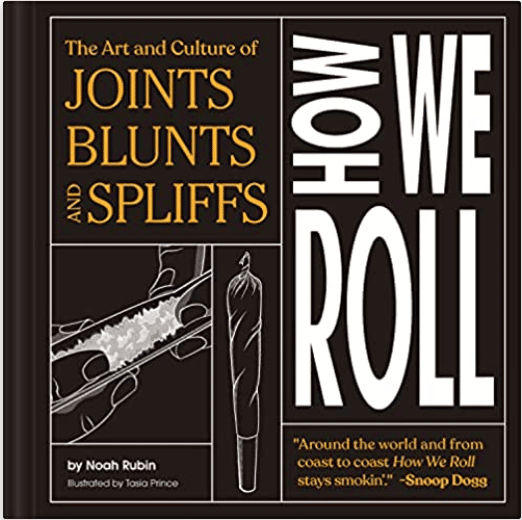